Sexy, black patent leather, a 6-metre long seesaw and melting ice all in one project! US Sydney came to us with The Age’s campaign to draw attention to their websites for climate, spring racing and fashion by creating visually-imposing moulds of their corresponding web addresses to be installed in hotspots around Melbourne’s CBD. Big Kahuna Imagineering solved the original designs and reverse briefed US Sydney providing achievable budget-friendly options. 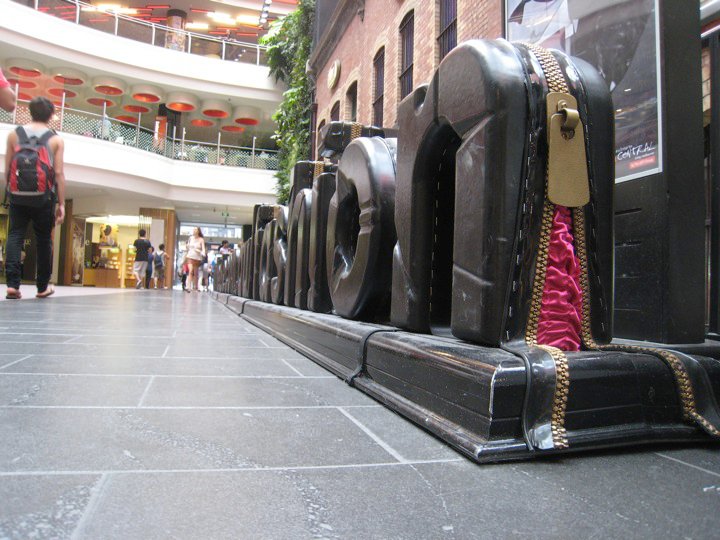 The Fashion URL was given a stylish, black patent-leather finished with gold zipper details, Climate was given the effect of melting ice and Spring Racing became a 6-metre long seesaw with saddle seating and safe, cushy, faux-grass horseshoes underneath. Placed strategically in high-traffic urban areas, the URLs were a huge success that garnered public attention and huge interaction. Fully-grown adults absolutely loved the adult-size seesaw. One man even told us, maybe over exuberantly, “This is the most fun I’ve had in my whole life!”

During installation, our on-site art studio for completing installation at Southern Cross Station attracted its own interest. When curiosity and wonder drove passersby to ask us “Is that really ice?” while we cold-cast water clear, polyurethane resins for the Climate “ice” sculpture, we proudly replied, “Thank you.” Their question, a testament to our success in creating a convincing illusion and an immensely satisfying compliment. For a very in-depth, complicated sculpture that took a scant 9 days from approval to installation, the Climate URL is an exquisite, high-fidelity result of a clever mould-making technique.

The URL installations were so well received that we were asked to create a similar installation for The Age’s AFL website a few months later which was on show at Etihad Stadium. The original installations have been used in subsequent campaigns such as Melbourne Fashion Week and AFL finals games. Keep an eye out!

Last year (2010) was the 10th anniversary of Big Kahuna Imagineering’s establishing in Sydney as one of Australia’s premier specialist fabricating companies servicing experiential marketing, advertising and art industries and personnel – BUT we were just too busy to acknowledge it. Now it’s 2011 and BKI’s 11th year and we figure it’s just as good a reason to celebrate!

So, as always, we’re adapting… Happy YEAR ELEVEN everyone!

We’re thrilled to have survived the GFC and all of the mini-GFCs over the last decade – it’s a testament to the commitment and talent of the Big Kahuna team, and our enduring clientele. In celebration, BKI is planning a YEAR ELEVEN birthday party and we’ll be publishing another special edition of our Big Kahuna Imagineering coffee-table book.

We are really proud of what we have achieved in the last decade and we’re rigging up for the next 10 year chronicle in the Big Kahuna adventure. Stay tuned! 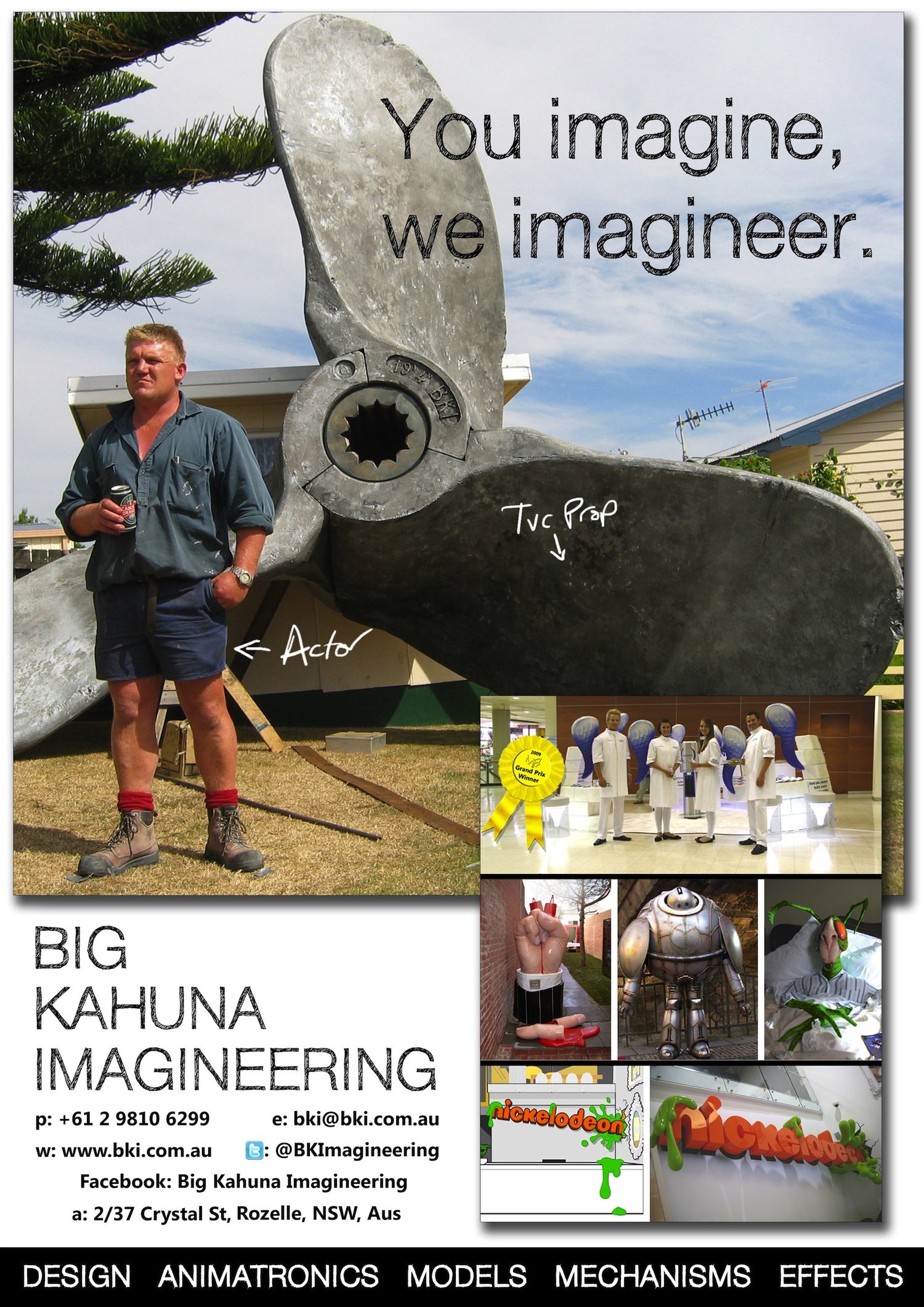