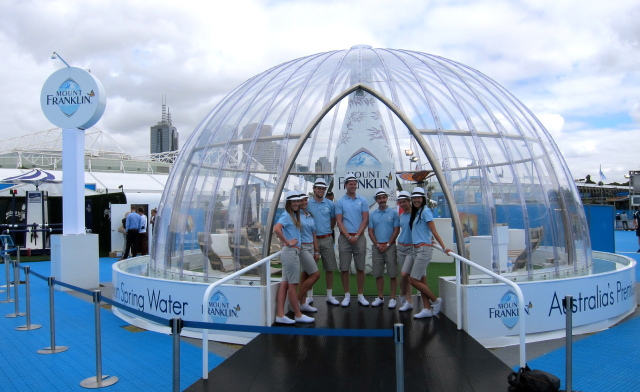 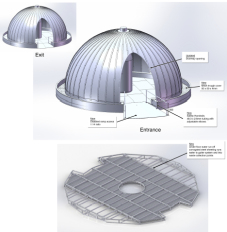 When Mount Franklin joined the Australian Open as the official premium spring water supplier, their product was available to the world’s best players, on- and off-court officials and patrons exclusively at Melbourne Park during the event.  But outside of the Rod Laver Arena, the brand could not compete with the existing vendors — making giving away bottles of Mount Franklin water out of the question.  So rather than putting the product in the hands of the public, Momentum’s approach was based on experience as reward.

Wanting an eye-catching activation to pull the public in to engage with the iconic water brand, Big Kahuna Imagineering was commissioned to produce a giant dome that would serve as a haven from the summer heat while promoting the Coca-Cola Amatil brand. 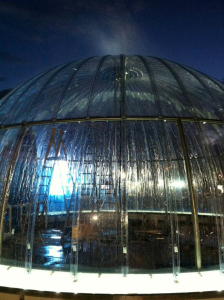 The brief was to design and fabricate a custom-made, clear dome with a giant Mount Franklin bottle at its centre.  Hidden within this towering centrepiece was intricate pipe work and mechanicals for a fountain system that cascaded water over the outside of the dome into surrounding water troughs.

Created from high-impact acrylic sheeting (more specifically, gores), the dome was set atop raised plywood flooring (again, concealing further pipe work for the fountain) finished with artificial grass.  The water troughs created a mote around the perimeter of the dome by collecting the water spouting from the top of the 5-metre-tall Mount Franklin bottle and bringing the diameter of the dome to 10 metres.  A branded lollipop sign adjacent to the dome served as a promotional pillar pulling the public’s attention in the activation’s direction. With the addition of LED light screens, up-lighting for the dome and lighting in the water troughs, the activation also looked spectacular at night.

Installed at the start of the Australian Open 2013, a significant part of building this project, due to its footprint and custom assembly processes, required us to work off the BKI site and there were critical deliverables requiring tight timelines that stepped up the pressure (not to mention the Christmas holiday — or, in our case, lack thereof, smack in the middle!)  But this is a build that we’re truly proud of! 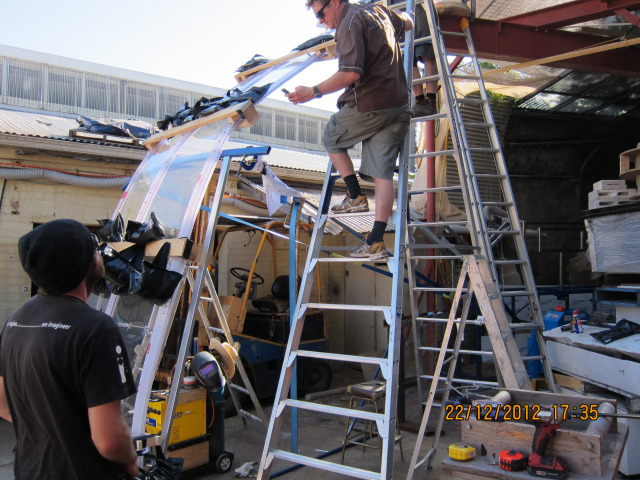 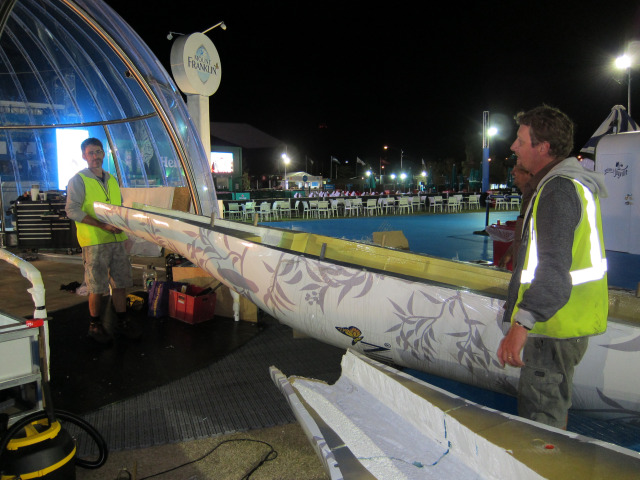 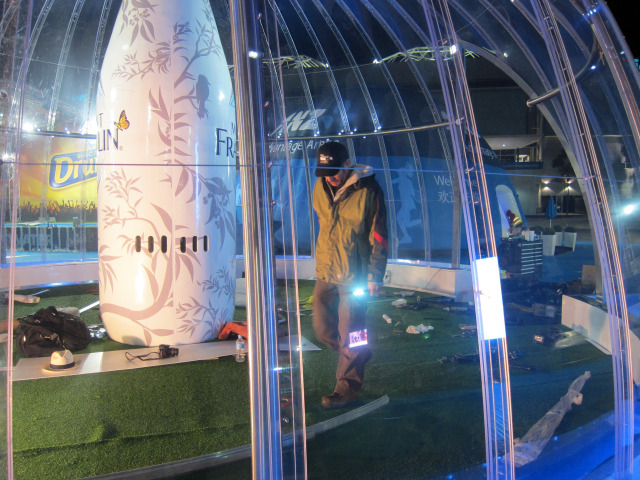 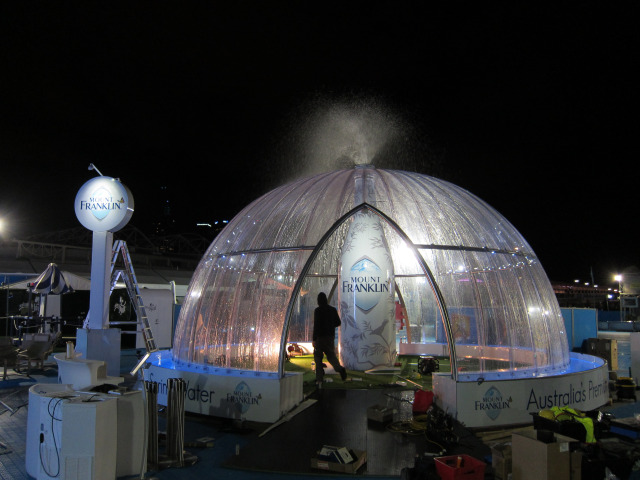 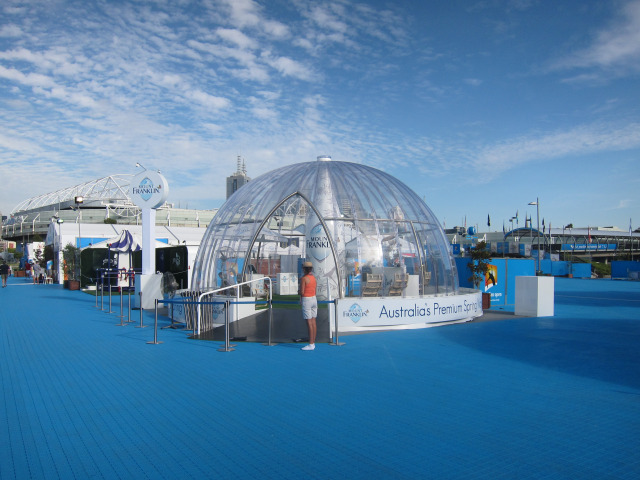 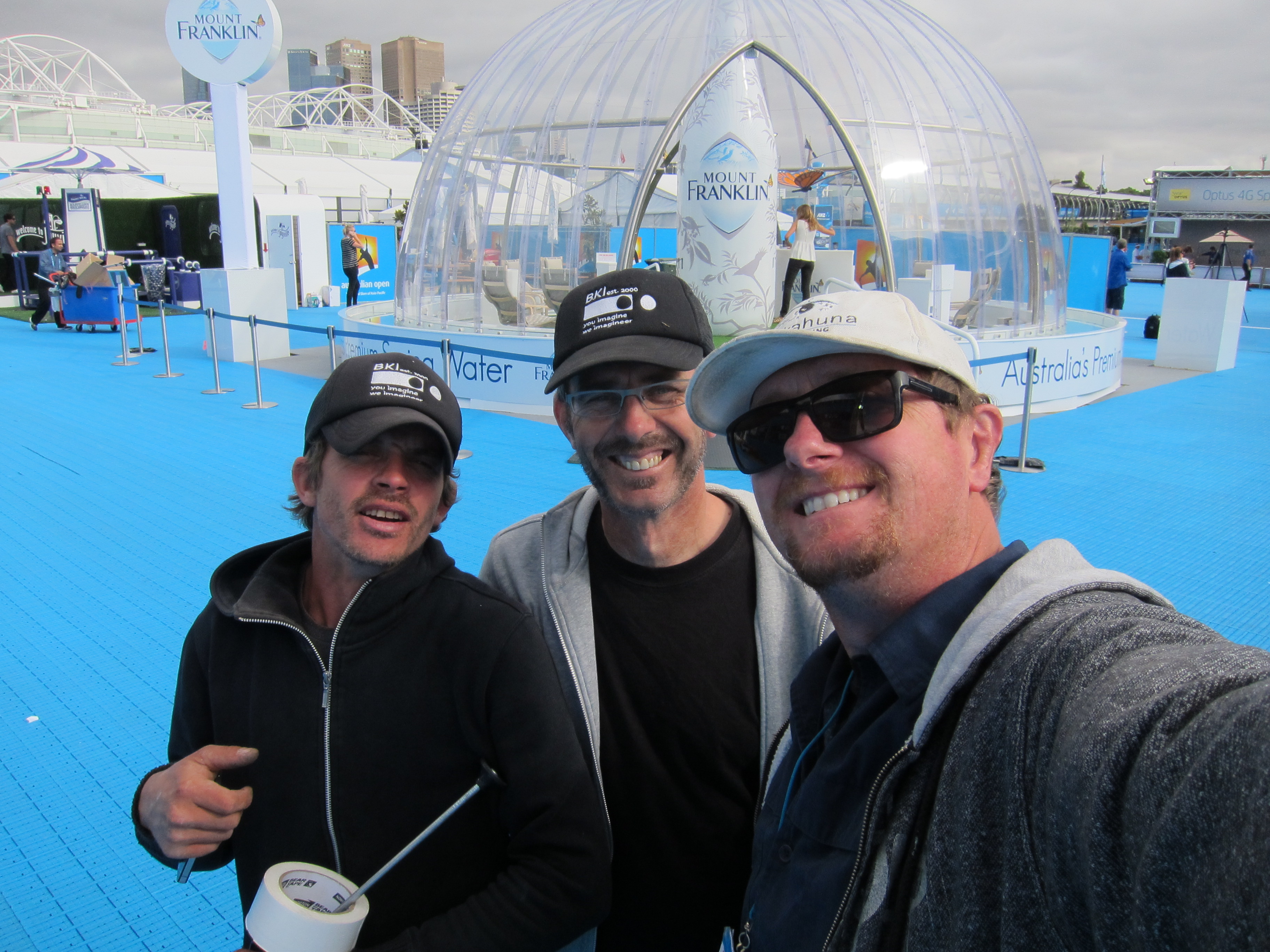