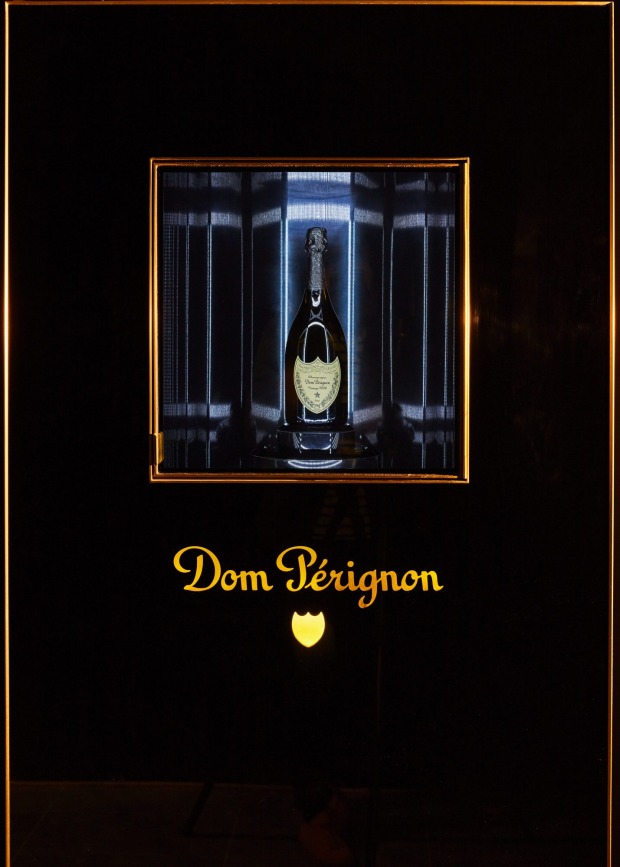 Just when you thought vending machines couldn’t get any fancier, we have designed one for Melbourne restaurant, Vue de Monde, that dispenses Dom Perignon. Tres fancy!

The idea was sparked when the restaurant had closed for the night and owner and Chef Shannon Bennett ran into some guests in the ground-floor foyer of the 55-storey building that is home to Vue de Monde who were eager to carry on their festivities over a bottle of Dom Pérignon.

“I just have to organise that vending machine,” Bennett recalls joking. He then ducked back upstairs to get them a bottle.

Later, Bennett decided to seriously investigate the concept further. He discovered there wasn’t one anywhere in the world, due partly to the risk of bottles exploding at the delivery stage. So cue us, Big Kahuna Imagineering, and Will Colhoun to design and fabricate one for him.

To quote Tom Kilmister from Boss Hunting… “The result is something of beauty; a large, jet black machine smartly illuminated with Dom livery featuring a square glass door for champagne to magically appear behind, all set above an opening for the brass Dom Pérignon shield-shaped token, the only currency the machine knows.

We also custom fabricated these heavy brass tokens that are the cool currency for the machine.  When you approach the machine with ones of these brass Dom shields, the Dom Perignon logo will illuminate brighter. 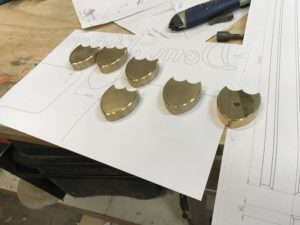 Of course, you’re probably still wondering how Bennett and Colhoun got around the issue of exploding bottles of expensive French champagne as you drop them inside the Illuminator? Simple – raise the bottle up into the glowing cavity that becomes the centrepiece of the machine instead of dropping it on its head and voiding the concept altogether”

The team at Big Kahuna spent four months of R&D, design and fabrication to realise Shannon Bennet’s vision for Vue de Monde. We think it is sexy as all get up!

Check out the video here